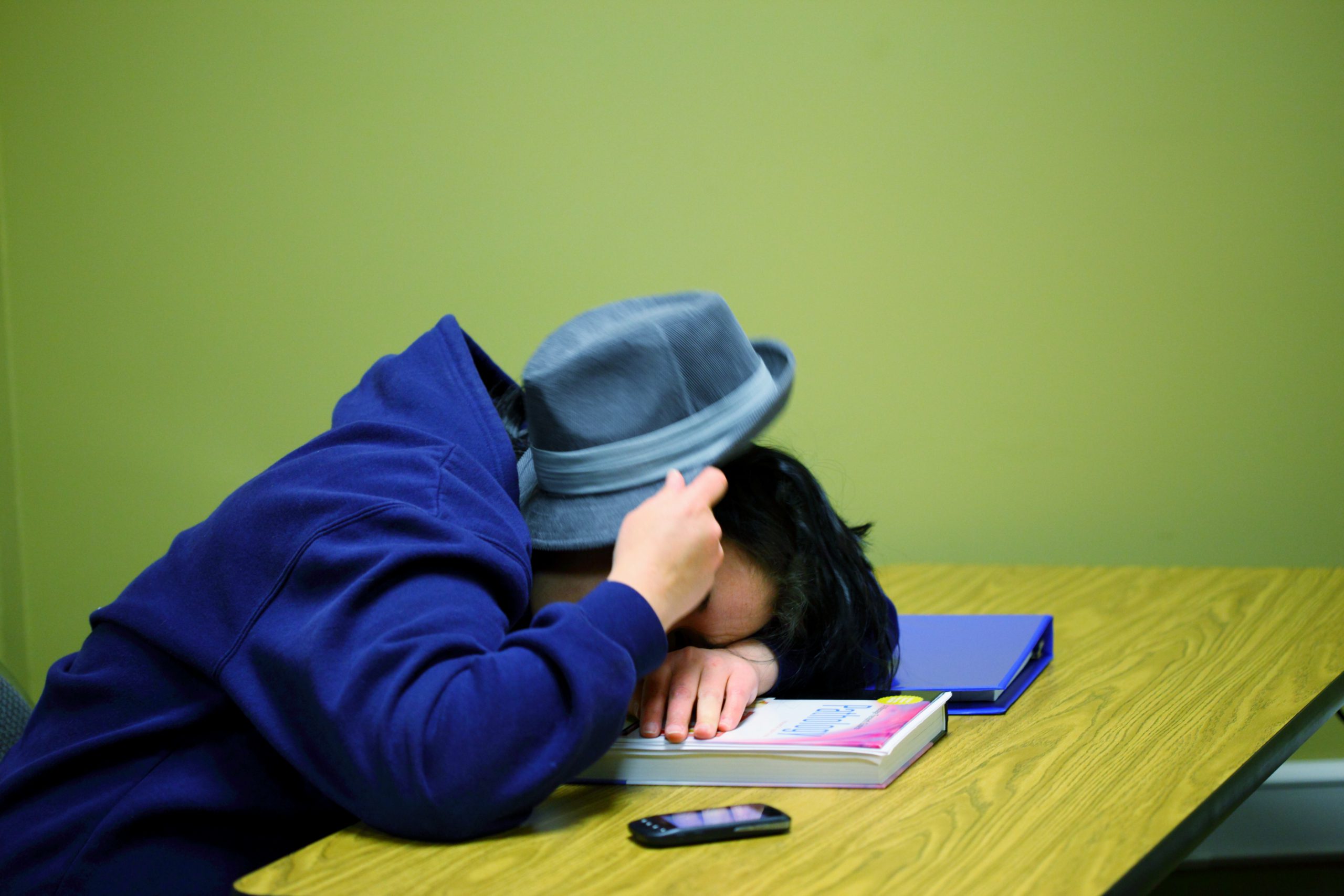 A study conducted in 2019 by the University of Geneva and the University Hospitals of Geneva shows that intensive use of screens has a strong impact on sleep quality and academic performance.

A study conducted in 2019 by the University of Geneva and the University Hospitals of Geneva shows that intensive use of screens has a strong impact on sleep quality and academic performance.

The survey conducted since 2014 among 600 adolescents aged 12 to 19 years old aimed to study the impact of screen use on sleep quality, in particular by measuring the level of melatonin, a hormone that regulates chrono-biological rhythms, in saliva. Instead of sleeping nine to ten hours a night, as should be the case for people in this age group, the subjects of the survey slept on average only seven hours. Several studies have shown that “chronic sleep restriction at a young age is associated with an increased risk of developing hypertension, obesity, mood disorders – including depression – and may have a deleterious effect on alertness, executive function and learning during the day.

The emotional arousal created by video games and the blue light emitted by the screens delay sleep.

According to Simone Schwartz, a professor in the Department of Neuroscience at the University of Geneva, restricting the use of screens after 9 p.m. has had a real positive impact. By going from 80 to 20 minutes of screen use after 9 p.m., students gained an average of 17 minutes of sleep per night, which allowed them to improve their cognitive performance during the day.

Raphaël Heinzer, director of the Center for Investigation and Research on Sleep at the CHUV in Lausanne, emphasizes the validity of this survey and recommends leaving the phone out of the bedroom.

Reading this article reminded me of a fascinating book which allows us to better understand the vital role that sleep plays in the acquisition of knowledge, know-how and skills.

Stanislas Dehaene, “French cognitive psychologist and neuroscientist born on May 12, 1965 in Roubaix” (Wikipedia) explains in this book in detail the neural processes involved in learning. He also demonstrates the advantage that humans have, even as babies, over machines thanks to their intuitions.

In the third part of the book, he reviews the four pillars of learning, which for him are attention, active engagement, error feedback and consolidation.

It is in this last aspect that sleep plays a crucial role. It helps to automate learning.

Here are some quotes from Dehaene’s book:

“Thus, as long as a learning is not automated, it absorbs the precious resources of executive attention and prevents the child from focusing on anything else. To consolidate learning is to make the brain’s resources available for other purposes. (Page 295)

“We have already seen that learning benefits greatly from regular spacing: rather than swallowing a whole lesson in one day, it is better to distribute learning every day. The reason is simple: every night, our brain consolidates what it has learned during the day. (…) while we sleep, our brain repeats to itself the important events it recorded during the previous day and, gradually, it transfers them to a more efficient compartment of our memory” (Page 296)

“The amount of learning varies directly with the length of sleep, and especially with its depth. By placing electrodes on the scalp, we can assess the quality of sleep, and this measurement predicts how much better performance is when we wake up.” (Page 297)

“The sleeping brain learns almost nothing; it can only replay what it has already experienced. To learn a skill as complex as a new language, the only thing that works is to practice during the day, then sleep to let sleep reactivate and consolidate what we have learned.” (Page 303)

In the final pages of the book on sleep, Dehaene draws very similar conclusions to those of the Geneva study cited above, but also points out that with puberty the cycle shifts slightly and that teenagers hardly feel the need to go to bed at night and have difficulty waking up in the morning. He therefore suggests that school principals shift the start of the school day. “The experiment has been successful: delay the start of school by half an hour or an hour and everything changes: Teenagers sleep better, their absenteeism is reduced, their attention in class increases and their academic performance improves.” (Page 310)

Did you ever suspect that getting enough deep sleep was so important?

If you want to learn more, I highly recommend this five-minute video: https://www.youtube.com/watch?v=MMvzA5SfBGk